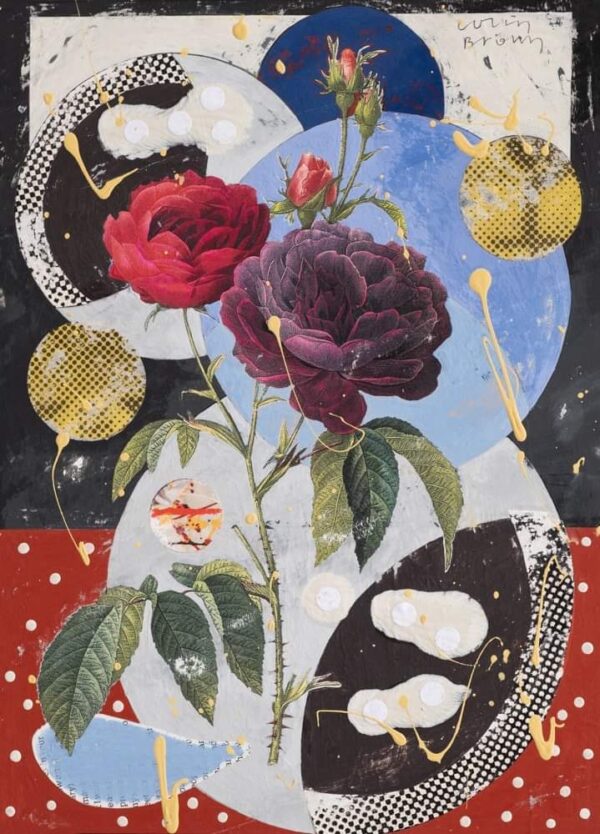 Colin has an established and ongoing record of research and creative practice. Over the past thirty four years he has built up a strong international career profile, with regular exhibitions of his paintings throughout the UK, Europe and America.

He has spent periods of time living and painting in Europe – including a four month stay in Florence and four years in Düsseldorf. Brown is now based in Stonehaven on the north-east coast of Scotland, where he has his studio.

His paintings have received a number of awards, most notably a major Artist’s Grant from The Pollock-Krasner Foundation, New York in 1996.

In his current work Brown sets up a direct conversation with an artist from a different age – the 18th century Belgian botanical painter Pierre-Joseph Redouté. A single Redouté flower forms the basis of each composition. Brown then alters, paints over and adds collage elements to produce a contemporary response to Redouté’s work. Repeated circular forms, fragments of text, dot patterns and paint splashes become an integral part of the finished painting. Traces of humanity float through these images of nature.